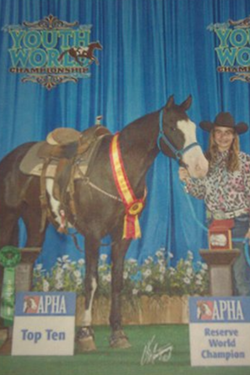 Jiggs was a one of a kind horse. In March of 2003, I lived in Ramona, CA and bought him as an unbroke 4 year old in Copan, OK. I loved the area here so much we moved later that year to Arkansas. We lived there for 5 years, continuing to look for job opportunities that would lead us to Dewey. That dream was realized in 2009.
In training Jiggs he became the nicest, brokest horse I ever finished. We won all kinds of money, tack and even the use of a trailer for a year. When we finally moved into our new home we needed a barn,  so I decided to sell Jiggs to pay for it. Emma Alexander from Collinsville, OK bought him in August 2010. Since then Emma and Jiggs have placed in the 1D everywhere they go. They have won or placed very high in many races and rodeos. Their best accomplishment so far to date has been APHA Reserve World Youth Champions. I have never been so proud to hand the reins over as I have been to Emma. I just hope that this is a trend for me to hand the reins over on many other horses to go win for their new owners. 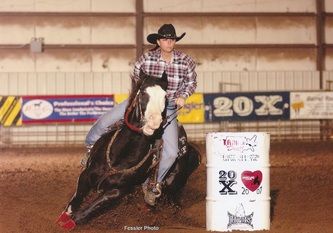 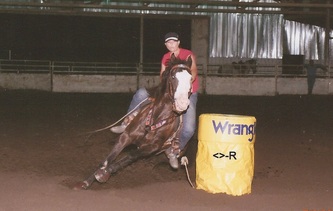 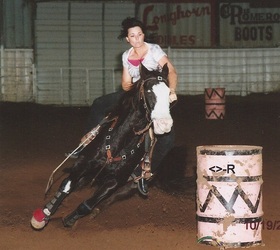 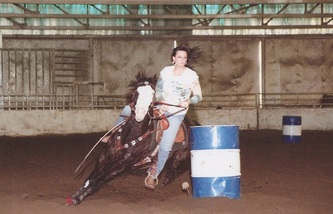 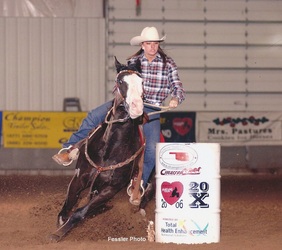 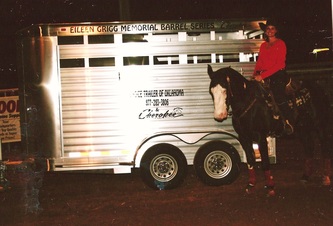