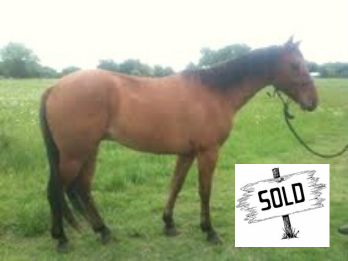 SOLD!!!!!!!
****UPDATE.... I have started to take Chevy through the poles, HE'S A NATURAL! He is so broke that he is already loping through the poles.*****My Client says to sell this horse. She is focusing on her kids and no longer barrel races. Chevy was started as a 2 year old and was exhibitioning by the time he was 3. He was hauled and exhb his 3 year old year and she was going to futurity him and bought a house instead. He since then has been on the back burner. This horse is broke broke broke. Anyone can ride him. He bends/flexes nicely with one finger. knows his leads, can spin and loves the barrels. He was started correct. All the hard work is done, he just needs to be entered up and finished. If your looking for a young horse to finish he is your guy. I will be hauling him and exhibitioning him until sold. He is a joy to ride... if i didn't own so many already he wouldn't be leaving my place.This horse is going to waste...someone needs to give him a job, he is talented! Priced right...don't pass him up $5000
MOTIVATED SELLER, PRICE REDUCED TO $4000.