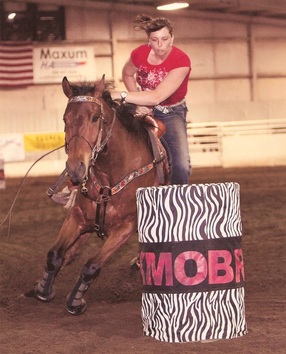 I got Pistol as a 2 year old, started him and had him on the barrels in the spring of his 3 year old year. I didn't futurity him as he didn't know he could run early on. I started racing him in Jan of his 4 year old year letting him progress on his own. He has won $$ in the 5, 4, 3 and 2D as he has learned he can run.  I have started breezing him and this horse can fly! He just needs someone to PUSH him in between the barrels. As you can see in the video, when I pushed him, he won the 2d(and he has even more to give). He will be in the 1D in no time with a rider who will push him.  He will make a good rodeo horse in the years to come, he still needs some seasoning as he has limited hauling. He handles all types of ground good. Pistol is a PUSH style horse and I'm used to free runners. So He can really run harder if someone pushed him in between the barrels.   I am hauling him again and will post videos as we go. 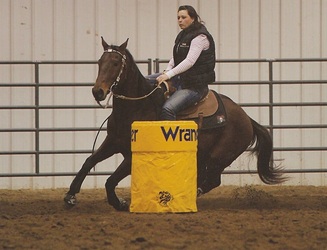 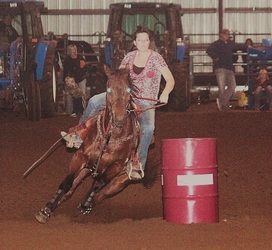 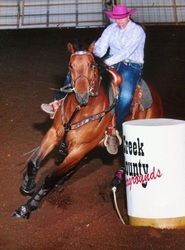 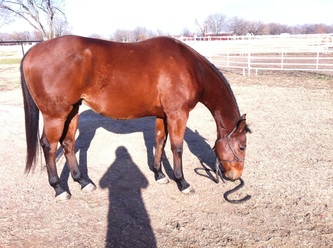 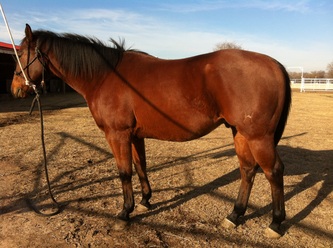 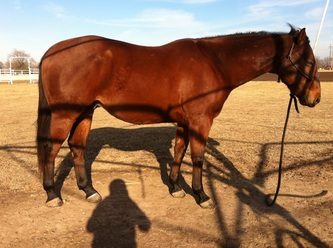